Skip to content
> About ROSA > Our TEAM > Patrick Baro 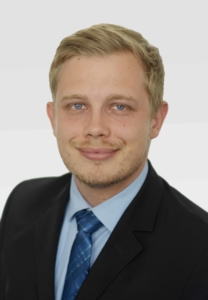 Patrick Baro, born in 1993 in Mannheim, graduated in 2012 with a degree in business and administration. Afterwards he acquired his first theoretical knowledge by studying at the University of Applied Sciences Aschaffenburg in the field of economics and law. In September 2015 he became part of the ROSA team and initially completed his training as an industrial sales representative. After working for a major automotive supplier, he has been back in the ROSA team as Account Manager since March 2019.

After work, he finds balance in the gym. He also likes to swim, ride a motorcycle, volunteer in a club and do a lot of things with friends.